Professional Mediators of Virginia (PMV) started in 2007 when a group of professional mediators came together to develop an organization able to serve clients involved in many types of disputes. PMV has steadily grown since it was founded and now uses the services of four Supreme Court Certified mediators who have handled over 2000 cases since 2007.

We are a local organization that provides mediation services to individuals and organizations in Orange, Louisa, Culpeper and Spottsylvania Counties. Our firm uses professional Supreme Court Certified mediators to help people find ways of resolving their differences without going to court.

Our mediators have served the area for over seven years by providing help with disputes involving neighbors, businesses, tenants and landlords, consumers, former spouses, separating couples, and non-profit organizations. We also provide special services for those disputes that arise out of cultural, age, race, and gender bias, as well as other issues of diversity.

To provide professional and respectful mediation and facilitation services in conflict resolution to the people of Central Virginia.

To increase understanding of Alternative Dispute Resolution so those in conflict will reach out for such services more readily. Ms. Eichmann holds a degree in psychology from George Mason University and has been a mediator certified by the Judicial Council of Virginia since 1998. She is currently a graduate student at the School for Conflict Analysis and Resolution at George Mason University and works in the ADR Department in Fairfax County as assistant coordinator of conflict resolution processes and trainings. Chris is certified to mediate for General District, Juvenile & Domestic Relations and Family Circuit Courts in Virginia. She has mediated over 1,500 family cases and also has extensive experience mediating non court referred cases. Chris has mentor status and has mentored many other mediators during their certification process. She is a trained and experienced facilitator and works as a consultant for the Anti Defamation League. She is a trainer for the World of Difference Institute. In addition, Chris is a graduate of Coach University and works as a Life Coach with individuals on a broad range of issues. Chris is certified in the application and interpretation of the Meyers-Briggs Personality Type Indicator. Chris was born and raised in Germany and migrated to the United States in 1982. Virginia Court Certified Mediator Judicial Jurisdictions Mediator Services: Circuit 17 Circuit 18 Circuit 19 Circuit 20 Circuit 31 http://webdev.courts.state.va.us/drs/mediators/1653.html 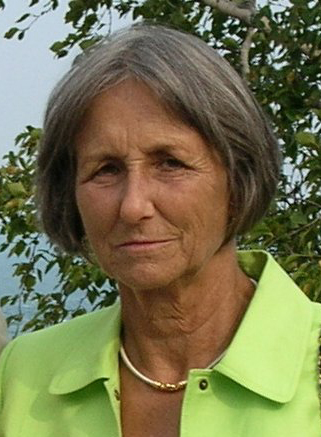 Camilla Moon has served as a Certified VA Court mediator since 2007. She has facilitated over 700 court referred conflict mediation’s for families who are dissolving their relationship and must settle the custody, visitation and support of their children. The many win-win solutions she has crafted for the parties are testimony to her mediation success. Camilla also mediates in the General District Courts and is certified to perform divorce mediation’s in the VA Circuit Courts. Ms. Moon mediated with the Piedmont Dispute Resolution Center, a community mediation center, and served as President of their Board of Directors. Camilla grew up in the UK and emigrated to the US where she first worked at an embassy in Washington. After moving to New York City, Camilla worked for IBM World Trade. She left New York to work at Harvard University as an administrator. She later earned a BS degree from the University of Massachusetts at Amherst in 1977. Camilla has also been a real estate agent and most recently owned a retail custom jewelry business.
Maria McGovern Hyson has been a practicing mediator since 1996. She is certified by the Supreme Court of Virginia for District Court (General and J&DR) and Circuit Court (Civil and Family). She is also qualifies as a Child Dependency Mediator. After graduating from the College of Mt. St. Vincent, she went to work as a Caseworker for the New York City Dept. of Social Service, Bureau of Child Welfare. After leaving that position she worked for the IBM Corp. as a systems programmer and analyst. While raising her children she was active in civic, educational and church organizations. She was Director of Mediation Services for a community mediation center from 1998 to 2009. She was Coordinator of the Prince William Office of Dispute Resolution from 2009 to 2010. She continues as an active court mediator and continues to take advanced mediation training such as Elder Care Practice. Peggy Stallard retired from the Virginia Department of Social Services with more than 30 years of service. She graduated from the University of Mary Washington with a degree in business. She has also worked as a loan officer and a real estate agent. With her varied knowledge base, she is competent to mediate cases involving family issues to include child custody, visitation, and support. Other areas that she can mediate are real estate issues, landlord-tenant cases, business disputes, employee-employer issues, and elder concerns. As a Virginia Supreme Court certified mediator, she presently mediates in Louisa, Orange, and Culpeper courts as well as private mediations. Dotty Larson has been mediating for over thirty (30) years and is certified as a Family Mediator and Mentor by the Judicial Council of Virginia. Ms. Larson was the founding Director of the Prince William County Office of Dispute Resolution from 1992 through 2008. Her work in the mediation field has earned her several awards and accolades, the latest being the Robert L. Marsh Award, which was presented to her by the Prince William County Bar Association “in recognition of exemplary service to the public and legal community” on November 1, 2019. Ann believes that every family possesses unique expertise for collaboratively resolving their family conflict. She provided court services and alternative dispute resolution skills through the Fairfax County Juvenile and Domestic Relations District Court for over thirty years. Before she retired from the court in 2017, Ann served as the court’s Mediation Coordinator, mediating family cases full-time for more than five years. Since then, Ann has enjoyed working as a trainer, mentor for new mediators, and contract mediator. The Supreme Court of Virginia lists Ann as a certified family mediator with a particular interest in using distance mediation technology such as Zoom and telephone conferencing tools for parties seeking to resolve matters regarding custody, parenting planning, and support with any Virginia Juvenile and Domestic Relations Court. At George Mason University, Ann Stanford earned a Master’s in Interpersonal Mediation and Justice Studies and a Conflict Analysis and Resolution Advanced Skills Certificate.